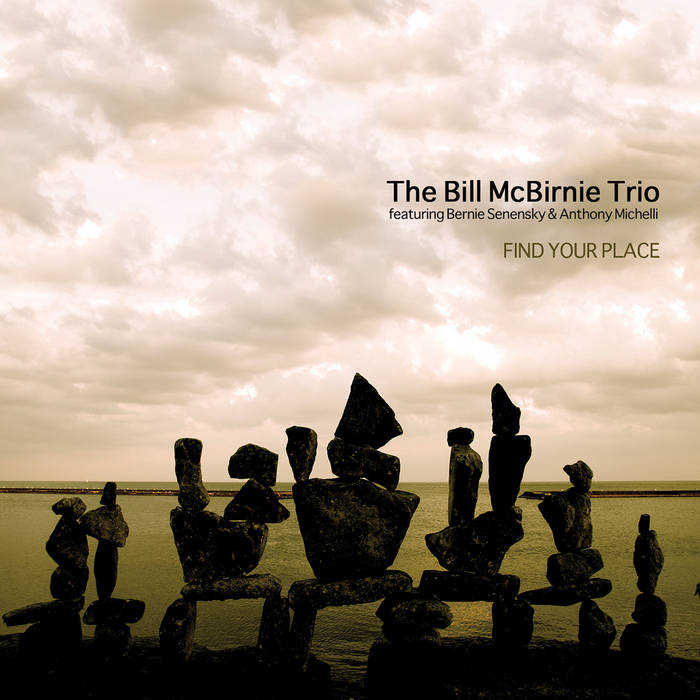 - There’s an effervescent, joyous quality to the dozen takes on Bill McBirnie’s Find Your Place (Extreme Flute)...Those new to McBirnie will be amazed at his inventiveness and the winning charm of this exceptional date... (By Mark Holston, JAZZIZ / Roundup / Hammond Organ / Spring 2014)

- Toronto-based Bill McBirnie plays with an earthy potency and attack that is every bit as virile as the sound of the larger instrument, albeit with added silvery sophistication and breathtaking velocity...McBirnie’s solos are melodic constructions of real musical substance with nary a wasted note. (By Euan Dixon, Jazz Views)

- It’s not that easy for someone to keep “out-doing” himself, but that’s exactly what virtuoso flautist Bill McBirnie has done again with his latest release, FIND YOUR PLACE. It’s McBirnie’s sixth album as a leader and, he and his trio explode with some real, honest playing that is so gratifying! Make sure you listen…and keep listening...all the way through on this. (By Joe Caroselli, JazzMonthly.com, Artist Spotlight)

- This disc features Bill McBirnie (a Canadian flutist who is now one of the most important figures on the instrument on the international scene today) along with veteran, Bernie Senensky, on Hammond B3 organ and drummer, Anthony Michelli. It is clear that these musicians are of exceptionally high caliber and that they qualify fully in this historical context, on all dimensions, due in no small part to the virtuosity of the leader who solos simply takes your breath away. (By Vittorio, MusicZoom.it)

- It has been some time since the flute maestro, Bill McBirnie, released an album. His last one was Mercy (2010) after which now comes this new outstanding release, FIND YOUR PLACE. McBirnie is one of the finest flutists in Canada – perhaps in all of North America. His technique is flawless and he plays with a faultless intonation. His enunciation is sophisticated and...his sense of melody is the epitome of perfection. and he creates and constructs masterful lines. McBirnie is at the top of his game, never faltering, not even for a nano-second. (By Raul da Gama, Latin Jazz Network)

- While most jazz flute players have been doubling saxophonists, McBirnie is a rarity, a musician whose dedication to the flute has shaped his musical voice. It’s apparent throughout the CD with McBirnie demonstrating fluent lines, subtle rhythmic inflections and timbral shifts that you’re more apt to hear on a saxophone. It’s fine music, all delivered with infectious swing and cheerful effervescence. (By Stuart Broomer, The WholeNote, jazz, eh)

- The flute has been long been overlooked or relegated to the status of a Latin-only instrument. However, McBirnie is cut from that Hubert Laws/Sir James Galway cloth, and still he represents a completely unique experience and artistic voice yet to be reckoned with. I first became acquainted with Bill's work when reviewing the latest Four80East release where I witnessed an entirely new voice for modern jazz flute! Here, McBirnie demonstrates his command of multiple genres and a chameleon-like ability to find a lyrical home in each. (By Brent Black, www.criticaljazz.com

This trio would not be the unique combination that it is without the support of two enormously talented Canadian musicians―namely, Bernie Senensky on the Hammond B3 organ and Anthony Michelli on drums. To both of them, I offer my utmost thanks—first, for agreeing to participate in what was a rather eccentric "organ trio” project to start with—and, second, for exercising such superior workmanship in doing so.

I would also like to thank my co-producer, Pacy Shulman, for his customary sonic craftsmanship and for being so easy to work with throughout the entire process.

I would also like to take this opportunity to express my longstanding gratitude to both the staff and volunteers at Canada's premier jazz station, Jazz.FM91, as well as to Bob Parlocha in the USA, because they have all provided me with much needed—and much appreciated—support over the years.

I will also take this occasion to acknowledge some of the musicians who have had a direct, lasting and personal impact on me in the course of my musical development, notably (and in chronological order), William Hoare, Junior Mance, Robert Aitken, Frank Falco, Mike Segal, Bruce Jones, Memo Acevedo, Sir James Galway, Louis Simao, Ruben Diaz and Emilie-Claire Barlow.

Finally, in addition to providing relentless encouragement and support, my wife, Svetlana, has always taken the time to critique me, thoughtfully and intelligently. So, in picking the tunes for this project, I tried to reciprocate, at least in part, by selecting more minor pieces than I otherwise might have (including the title track which is, of course, for her) because not only do minor tunes seem to resonate with her Russian soul but, more importantly, because in choosing to be with me, she has enabled me to...find my place...

Bill McBirnie has achieved something decidedly unlikely for a Canadian flute player, raised in the small town of Port Colborne, Ontario. Despite a rather unremarkable musical beginning, he has succeeded in attaining an international standing as one of today's foremost jazz flutists, all whilst rarely setting foot outside of his native city of Toronto, Ontario.

What has made his slow but steady progress possible has been a long and diligent study of both jazz and classical techniques which Bill combined with a patient determination to make the flute sound natural and convincing in non-classical contexts.

Bill's longstanding commitment to the instrument has earned him consistently unequivocal acclaim and awards, both here in Canada and abroad, including Flutist of the Year (Jazz Report Awards), winner of all three of the Jazz Flute (1) Soloist, (2) Masterclass and (3) Big Band Competitions (National Flute Association in the USA), Best Jazz Album (Toronto Independent Music Awards) and nomination for Best Jazz Album (Independent Music Awards in the USA).

As a testimony to his noteworthy place in the international flute community, Bill was solicited personally by the esteemed classical flutist, Sir James Galway, to serve as his resident Jazz Flute Specialist at Sir James' official web site—and this despite Bill’s limited renown and virtual seclusion in Canada.